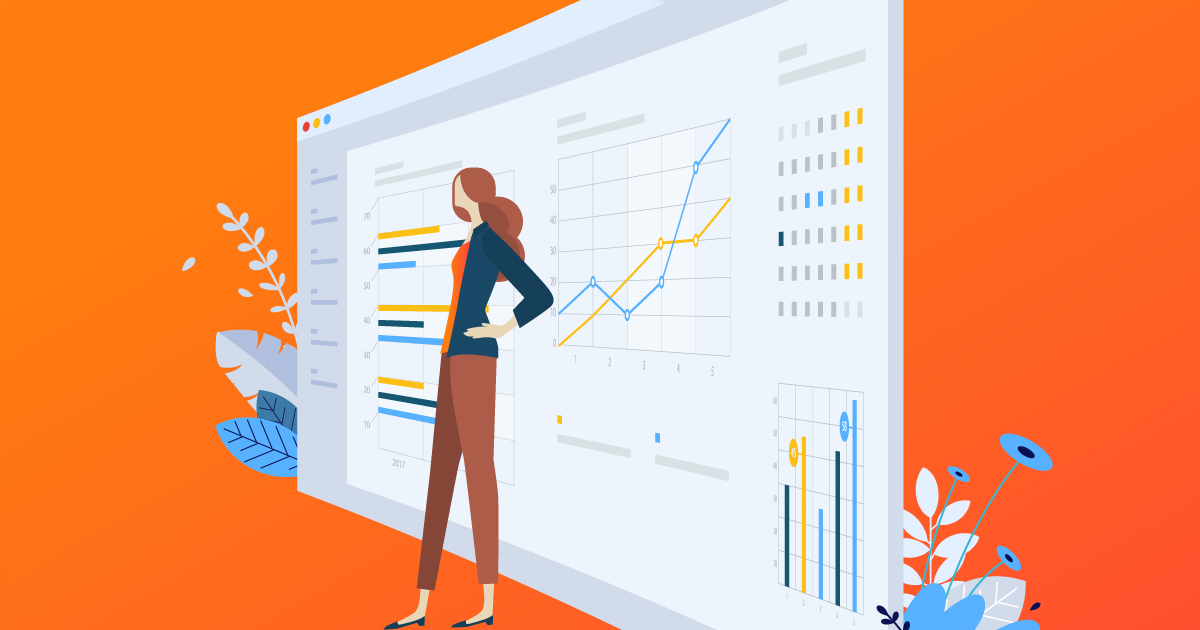 Rethink the Best KPI for eCommerce

Just what is the best KPI for eCommerce paid advertising? Finch CSO Devrin Carlson-Smith touched on that in the Rethinking eCommerce KPIs in 2021 webinar. In this post, I further examine why you may want to turn your thinking about eCommerce KPIs upside down.

The best KPI for eCommerce:

Click-Through Rate Is Not the Best eCommerce KPI

Click-through rate (CTR) is a great metric. It shows you how many clicks you get on an ad in comparison to the number of impressions (eyeballs). Clicks mean people are responding to your ad. CTR is an important metric for paid advertising in any industry yes, but not the best one for eCommerce.

That’s it. Your data ends right there. You know you have a nice clickable ad. But then what?

You paid money for each of those clicks. Did the people who clicked your ad convert, move on and come back and convert, what? You don’t know.

You can’t tell your boss or company that your ad drove conversions, you can only tell them that your ad is getting clicks. You may be paying a lot of money for an ad or keyword that fails to drive conversions, but on the surface, everything looks golden because you have a lot of clicks.

But wait you say. That healthy 10% CTR increases your quality score on Google. So every subsequent click costs less. You’re getting something for your spend. Does that work for you?

Do Your Clicks Convert?

Say you’re running two ads that target different keywords. You see your CTR plummet to 2% while your cost per click (CPC) triples on one ad. It looks terrible on the surface. You might abandon your second ad.

But wait. The reality may be quite different.

CPA Gets You Closer to a Better KPI

If you look at cost per acquisition (CPA), another common eCommerce KPI, your picture gets clearer as to what your ads are doing. You now see that even with fewer clicks, you acquired more customers and spent a lot less to acquire each one with your second ad. Just $24 per customer for Ad 2 compared to $100 for Ad 1. Note, you’re still tracking CTR as your KPI in Google Ads or your chosen platform in this example. You’re simply calculating CPA using the conversions from your clicks.

But wait, you say. Your $2 cost per click will go down because of your high quality score. Even if your cost per click drops to $1 for Ad 1, you’re still spending $50 for each conversion. Granted, this is only an example, but it illustrates the risk of not seeing what’s beneath your clicks.

By tracking CTR, you prove only that people like to click your ad and that you’ve let Google charge you less per click. In the end, an effective ad and targeting, such as using single keyword ad groups (SKAGs), is more important than worrying solely about your quality score. But, back to the best KPI.

As Figure 2 shows, CPA is good, and better than CTR. It shows you the average of what you’re spending in ad budget for each conversion. And, unlike CTR which charges you for each click, when you select CPA as your metric in an ad platform, you only pay for each acquisition (or conversion).

If you use our example from Figure 2, in theory, you would spend less per CPA for Ad 2. Why? Because a higher conversion rate typically lowers your CPA.

You still only really know which ad is working better and what each conversion — on average — costs. But what does that mean to your business?

You may know that a customer is worth $x to your company. Or that your max CPA is $x per your boss. You can look at your CPA in one of those contexts. You can now tell your boss or company that your ads are driving conversion and that you’re hitting your max CPA target.

But are you contributing to the bottom line? Is the money you’re spending to get those conversions adding revenue or are you just spending money?

And what does your full acquisition picture look like? If 70% of your carts total $15 or less and the average CPA is only what it is because a handful of carts total a lot more dollars, does CPA tell you anything?

Every company out there, except for perhaps non-profits, wants to drive revenue. That’s why the best KPI for eCommerce is one that accounts for revenue. Neither CTR or CPA does that.

Finch CSO Devrin Carlson-Smith explains why CPA misses the value of how much was sold as a KPI.

Whether your business goals are brand loyalty, a larger customer base, bigger average order size, fewer abandoned shopping carts, or all of the above, the bottom line under all of those goals is growing the business and increasing revenue.

While CTR and CPA are easy KPIs to chase, think of how much you can impress your company if you show them you’re driving revenue.

Ultimately you want to show more than flat revenue and show how much profit you’re driving. There is no KPI in any ad platform that shows you that. That’s because profit is made up of revenue minus costs and digital marketers aren’t necessarily accountants.

And while a lot of paid advertisements are sold on return on ad spend (ROAS) as the best eCommerce KPI, there is one that will let your accounting team or boss — if not you — show how much you’re contributing to not just revenue, but profit. And that’s average cost of advertising (ACoS).

ACoS Lets You Show the Value of Your Ad Spend

With your ACoS in hand, you can tell the CEO or your boss that for every dollar you spent in advertising, you earned the company $x dollars in revenue. (Accounting or your boss can then normalize that revenue against profit.)

Finch CSO Devrin Carlson-Smith talks about taking your paid marketing ACoS even closer to your business KPIs by normalizing them with your company’s profit stack.

What’s more, with an effective paid advertising strategy that’s driving more revenue per dollar, you can justify increasing your ad spend, or at least holding on to it when accounting wants to take it away at some point during the year, which is an all too common occurrence in business.

You can then take those added dollars and test new options or channels to further improve your ACoS. At Finch, we recommend using 10% of your ad budget to experiment with new options.

One effective method of driving more revenue that Finch uses is to diversify across channels. Doing so gives you a roadmap for growth. A roadmap for turning more of every dollar you spend into revenue.

The incremental uplift in conversions that comes from diversifying your advertising mix can reduce costs by increasing conversions overall. The cost per click on a display ad, for example, is typically lower than on a pay-per-click (PPC) ad. At Finch, we’ve found that 95% of purchases for Finch clients result from view-through conversions on display ads — views that don’t cost a dime, but that assist 95% of purchases!

Why ACoS Is the Best eCommerce KPI

When you choose ACoS as your eCommerce KPI (even if you still track CTR and other metrics — and you should), you can track the efficiency of your campaigns and channels. And you can more closely align your paid advertising results with your company’s key business goal of revenue growth.

Not all ad platforms track ACoS for you. That makes standardizing your data across platforms a challenge.

Finch Insights reporting in the Finch Advertising Management Platform shows ACoS for all your platforms and channels (as cost per value or CPV) and even down to the individual product level. With that detail, you have what you need to quickly make better decisions — data-driven decisions.

Finch Resources Hub
Dive into the topics that unlock controversial and non-traditional alternatives to mainstream digital marketing from our experts and partners.
BLOG
Test Your Knowledge of the 3 Key eCommerce KPIs
Read more
BLOG
How to Use Retargeting to Improve Conversions
Read more
BLOG
Fire Your Digital Marketing Agency: Knowing When to Do It
Read more